What is PEMF Therapy?

To understand thoroughly the benefits of energy medicine and PEMF we need to review one key element of our body’s functioning.

The human body is composed of enormous number cells. The cells can be metaphorically represented as mini-engines powered by fuel (from the nutrients we get with food) mixed with oxygen (from the air we inhale) and started by electrons situated in the cell batteries (mitochondria) driving metabolism. Each cell is designed to perform a particular function, all of them working symbiotically to maintain life in the body. Marrow cells which are housed by some bones create red blood cells. Blood cells deliver nutrients and oxygen to the body, while removing toxins. Other cells such as those in the liver and kidneys cooperate to perform tasks such as blood cleanse.

However, regardless of the specific cellular function, each cell is powered by the same process, that is energy exchange. Every single process in the human body takes place due to the electromagnetic exchange between cells. Our internal chemistry is controlled by natural electromagnetic energy.

In modern world people are exposed to all kinds of artificial electric and magnetic fields – from high voltage power lines surrounding the cities we live in to our cell phones that we don’t seem to be able to live without. Even something as habitual as a microwave oven can be considered potentially harmful.

All those devices tend to interrupt natural electromagnetic processes in the body, and make our body’s systems less efficient. PEMF seeks to tune up your body’s electromagnetic system to counteract the negative effects of the environment’s “electrosmog” also known as “dirty electricity.” This is the type emitted from our mobile phones, computers, cordless phones etc. (which all typically come with warnings about safe exposure.

How blood flow is affected

Viewing blood under a microscope in a body badly effected by adverse electromagnetism shows red blood cells (erythrocytes) clumping together, sticking and stacking thereby decreasing the surface area of the cell itself. This reduces its ability to function at an optimum level to absorb nutrients and heal areas of weakness. The sticking and stacking is known as the Rouleaux Effect. If two cells stack the combined surface area is reduced by 71 %. Their efficiency is reduced further as the number of cells stack up. A stack of eight or more cells reduces their total cellular efficiency by 50 %.

Another dangerous effect of such stacking is the fact that those cells cannot pass through the capillaries as capillaries can only accept free flowing singular and independent red blood cells. Erythrocyte aggregation obviously affects hemodynamic mechanisms. Hemodynamics is the word used to describe the processes dealing with blood flow through our body. Hemodynamics is one of the most essential elements of metabolism, as it determines whether body’s organs are sufficiently supplied with nutrients and effectively relieved from toxins.

PEMF works at a cellular level

PEMF systems solve these problems by using magnetic ﬁelds as opposed to direct electrical ﬁelds. The speciﬁc magnetic ﬁeld is used to generate an electrical ﬁeld at all levels of the tissues in the right range of ﬁeld strength and duration to cause a cellular response without creating any risk.

All the cells are affected and the body’s systems which deliver oxygen and nutrients while removing toxins are enhanced. This revitalization results in the body’s components being able to perform the tasks they were designed for with optimal efficiency.

Osteoblast cells, (bone germination cells), produce bone matter. Osteoblast cells work together as a group called the osteon and produce the calcium and phosphate-based minerals which are deposited into the organic matrix forming the strong and dense mineralized tissue called the mineralized matrix. Bones are comprised of a composite material made up of both collagen and minerals which give them tensile and compressive strength. Bone cells are constantly being regenerated by the osteoblast cells.

PEMF can help heal and strengthen bones as it induces micro currents which stimulate the osteoblast cells to produce bone matter. This is critical to healing especially with those suffering from arthritis and osteoporosis.

Cartilage is the flexible connective tissue found in many areas of the human body. It is located in joints between bones, in the rib cage, the ears, nose, bronchial tubes and inter-vertebral disks. Cartilage does not contain blood vessels and therefore is difficult to heal.

Injuries often affect the cartilage, but also joints will simply wear out over time, giving way to Osteoarthritis wh ere the cartilage is thinned out as shown on the left in the picture below.

PEMF has been shown to directly affect bone healing and cartilage regrowth. The pulsed electro-magnetic fields stimulate the cells responsible for regrowth.

One of the revolutionary benefits of PEMF therapy is the approach it uses as far as pain management goes.

The body handles pain by producing endorphins (endogenous morphine) in the central nervous system and the pituitary gland. Endorphins block the transmission of pain signals to the brain. Modern medicine deals with pain by prescribing opiates such as Morphine, Oxycodone, Percocets, Opium and other drugs, which are addictive and harmful to the liver, kidneys, and bowel, especially during prolonged periods of exposure.

PEMF energy medicine stimulates the production of natural endorphins and therefore is very effective in dealing with pain, especially chronic pain. Because it treats the root cause instead of masking the symptoms, it does not have the side effects of invasive surgery or pharmaceuticals.

PEMF treats both the immediate pain and also the underlying pathology responsible for engaging the pain mechanism in the first place.

Magnetic therapy has been widely recognized and praised by many doctors and health institutions throughout the world. Numerous researches and tests have been conducted to find the evidence of PEMF technology healing effect. One of the drawbacks of PEMF based devices had - until not so long ago - been the fact that such therapy can only be received in a special medical facility with the help of a trained medical specialist.

Thanks to amazingly effective and hard work of our colleagues, there now exists a device that is very easy to operate and can be used at home.

The unique design of ALMAG induction coils allows travelling impulsive magnetic field to penetrate 8 cm deep into the patient's tissues, which maximizes the curative effect during treatment of diseases of the internal organs. The influence of strictly rhythmical travelling impulsive magnetic field produced by the device on the diseased organs of the human body makes a positive effect on your body finally stimulating dysfunction recovery.

To learn more about ALMAG-01

. For more information feel free to contact us via e-mail global@elamed.com

The PEMF therapy acts on: 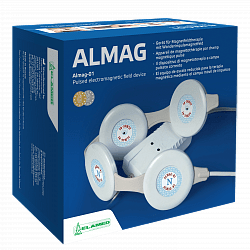 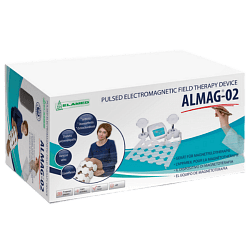 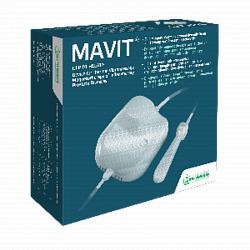 Please be informed that the content deals are country-specific , this is due to different distribution rights or product selection. Please select your region or country if you want to see the products and blog(s) for your location.

The pop up ("Country Selection") doesn't imply any link to a branch or distributor of ELAMED in a custom selected country. If you want to see the contacts, please visit our "Contact us" section.

This site uses cookies to help show you the best up-to-date information. By continuing to use the site, you consent to the use of your metadata and cookies. Learn more about the cookie policy